How Medicare will impact you in 2020

One of the great things about Medicare is that it covers existing medical conditions, regardless of whether you chose Original Medicare or a Medicare Advantage plan. 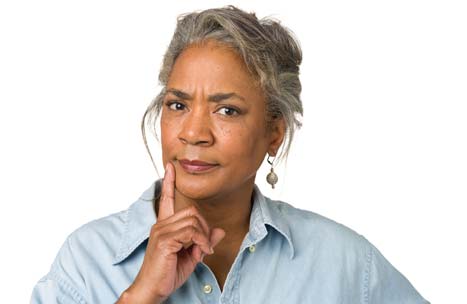 Your preexisting conditions
One of the great things about Medicare is that it covers existing medical conditions, regardless of whether you chose Original Medicare or a Medicare Advantage plan.

Medicare Supplement plans help you pay for out-of-pocket costs not covered by Original Medicare. For example, they would pay the 20 percent of your doctor bill and lab tests, screenings and other outpatient services that Original Medicare doesn’t cover. They also pay for the Part A deductible you are charged each time you’re admitted to the hospital. Some Medigap policies also have an out-of-pocket limit so once you’ve spent a certain amount on your health care in any year, the policy picks up 100 percent of any subsequent charges.

In order to make sure these policies cover your preexisting condition, you have to sign up at the right time. The window to purchase them is within six months of enrolling in Part B. If you don’t, the insurance companies offering Medigap policies can refuse to sell you one, charge you a higher premium because of your medical problems, or refuse to cover any medical problems you had before you bought their insurance.

“Generally, people may not be able to switch Medigap plans, depending on where they live, or will have to pay more, depending on their age, medical requirements and/or other factors,” says Fred Riccardi, vice president of client services at the Medicare Rights Center. “For instance, companies can refuse to sell you a Medigap policy or impose certain medical requirements.”

There are some circumstances when beneficiaries who want to switch from Medicare Advantage to Original Medicare can purchase a Medigap plan without worrying about their preexisting conditions:

1) If you leave Original Medicare and buy a Medicare Advantage plan for the first time and revert back in less than a year.

2) If you select a Medicare Advantage plan when you first enroll in Medicare but decide within the first year that you want to switch to Original Medicare.

Plan C and F no longer available in 2020

Medigap plans C and F,  that cover the Part B deductible, will no longer be available for purchase by newly-eligible Medicare beneficiaries. This rule change was part of MACRA (the Medicare Access and CHIP Reauthorization Act of 2015), and it was made because politicians felt that imposing the Part B deductible on all enrollees would help to avoid over-utilization of health care. When a person has Medigap Plan C or Plan F, they can receive all Part B services without any out-of-pocket costs. But if they have a Medigap plan that doesn’t cover the Part B deductible, they have to pay at least $185 for Part B services in 2019 (the Part B deductible increases over time, but it’s much smaller than the deductible under Part A, which can continue to be covered under Medigap plans sold to new enrollees in 2020 and beyond). People who already have Medigap Plans C and F will be able to keep them, and people who are already eligible for Medicare prior to 2020 will still be able to buy those plans. But for newly-eligible enrollees, Plan C and Plan F will be discontinued after the end of 2019.

Changes to the Donut Hole

The donut hole is being eliminated in 2020 for generic drugs. (It was eliminated one year ahead of schedule, in 2019, for brand-name drugs). The gap in prescription drug coverage (the donut hole) starts when someone reaches the initial coverage limit ($3,820 in 2019), and ends when they have spent $5,100 (these thresholds are each slightly higher than they were in 2018). Prior to 2011, Medicare Part D enrollees paid the full cost of their medications while in the donut hole. But the ACA has been steadily closing the donut hole, and it will be fully closed by 2020, when enrollees in standard Part D plans will pay just 25 percent of the cost of their drugs all the way up to the catastrophic coverage threshold (insurers have the option to offer plans with lower cost-sharing, and many do). But the Bipartisan Budget Act of 2018 (BBA 2018) closed the donut hole one year early for brand name drugs. As a result of the BBA, enrollees’ out-of-pocket costs for brand-name drugs are limited to 25 percent of the cost in 2019 (down from the 30 percent that was originally scheduled) and 37 percent of the cost of generic drugs (down from 44 percent in 2018). The cost of closing the donut hole one year early for brand-name drugs was shifted onto drug manufactures. The donut hole will also close for generic drugs in 2020, when enrollees will pay no more than 25 percent of the cost of generics. The Medicare Part D maximum deductible will be $435 in 2020, up from $415 in 2019 (it increases each year)

Role of PAs expand for Medicare recipients in 2020

To increase patient access to prescribing level physicians, new regulations will relax Medicare rules which require a Physician’s Assistant (PA) to practice only under a supervising physician. The change – which takes effect January 1 – will allow PAs to practice independently up to the full scope allowed by state law, which in many areas includes the ability to prescribe and diagnose. The increased role of PAs in Medicare reflects a larger national trend in America’s healthcare provider spectrum, which currently has a significant shortage of primary care physicians accelerated by the growing number of retirees.

Medicare to cover opioid use disorder in 2020

Beginning in January of 2020, Medicare will cover treatment services for opioid use disorder. The benefit will be available at Medicare-approved Opioid Treatment Programs, and available for Part B beneficiaries. Between 2010 and 2015, opioid-related hospitalizations increased 34 percent for those 65 years of age and older.

For other questions or information about Medicare in 2020, call our FirstCommunity office at 256-532-2783 or 256-532-2785 and speak with one of our friendly staff. We’ll be happy to answer your questions and help you find the right  plan for you.  Or visit our website at firstcomm.org.